This project focuses on the practice of "string-figure making" which consists in carrying out a succession of operations using the fingers, to obtain a figure from a loop of string. Known in numerous societies with an oral tradition (notably in Oceania and the Americas), and often identified as a recreational activity, this practice brings into play gestural sequences similar to algorithms concurrently with the enunciation of terms and even specific stories (or chants).

The overall aim of this project is to understand the mathematical dimension of such a practice (and particularly the expression of a mathematical rationality associated with it), by considering its place in particular cultural (and linguistic) contexts. Through a dual ethnomathematical and anthropological perspective, and based on ethnographies and ethnolinguistic analysis to be carried out in Oceanian (Vanuatu, and Trobriand), South American (Mapuche, Guarani-Ñandeva) and North American (principally Inuit) societies, the proposed study aims more specifically to investigate the relationships between the sequences of operations (procedures and sub-procedures) and the words that are spoken or sung during these sequences. Our objective is to reach a better understanding of the extent to which, in these societies, the practice of string-figure making constitutes/constituted a method for the organization and the transmission of knowledge (mythological, cosmological, sociological, geographical, etc.), involving the use of mathematical concepts. 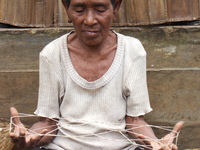 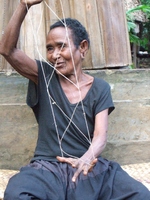 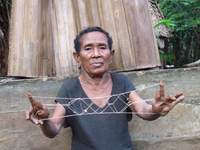 Find An Item on the Map